Shah Rukh Khan’s daughter Suhana Khan has left a message suggesting she is leaving New York. He studied cinema at New York University. As Suhana expressed her broken heart at the thought of leaving New York, her friends sent her their best wishes for the future.

WHAT DID SUHANA KHAN POST?
Suhana Khan often shares glimpses of her life in New York. Now, in her recent post, she has hinted about leaving the city. Suhana posted a black-and-white picture of a building and a moving truck, with, “Don’t worry. Even if you leave New York, you will always be a New Yorker (sic),” written on it. She added a broken heart emoji in the caption.

HOW DID SUHANA KHAN’S FRIENDS REACT?

A slew of Suhana Khan’s friends reacted to her post. While one wrote, “You’re going to do amazing things (sic),” another said, “Good luck girl! (sic).” 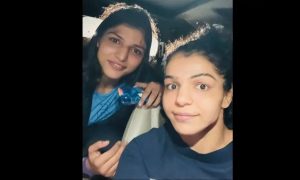