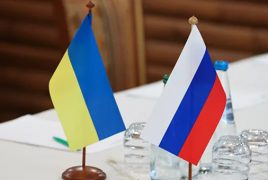 Separately, U.S. Under Secretary of State Wendy Sherman said Russia was showing signs of willingness to engage in substantive negotiations to end a conflict in which thousands of people have died. More than 2.5 million people have fled.

Russian and Ukrainian officials on Sunday expressed their most optimistic assessments of the progress of war talks in Ukraine, suggesting there could be positive results within days. Separately, US Under Secretary of State Wendy Sherman said Russia was showing signs of willingness to engage in substantive negotiations to end a conflict in which thousands of people have died. More than 2.5 million people have fled.

Ukraine has said it is willing to negotiate, but not give in or accept an ultimatum. “In principle, we will not cede any position” Russia has now understood this. Russia is already starting to talk constructively,” Ukrainian presidential negotiator and adviser Mykhailo Podolyak said in a video uploaded. “I think we will literally get results in a few days,” he said.

The RIA news agency quoted a Russian delegate, Leonid Slutsky, as saying the talks had made substantial progress. “According to my personal expectations, this progress could materialize in the next few days in a common position of the two delegations, in documents to be signed,” Slutsky said. Neither party has indicated what the scope of a possible agreement might be.

Their public comments were made almost simultaneously. They arrived on the 18th day of the war which began when Russian forces invaded Ukraine on February 24 in what the Kremlin calls a special military operation.

In a tweet, Podolyak said Russia was listening carefully to Ukraine’s proposals. “Our demands are the end of the war and the withdrawal of (Russian) troops. I see an agreement and there is a dialogue,” he said. The Kremlin’s chief spokesman said Russia was ready to halt military operations “in a moment” if Kiev met a list of conditions.

Among the demands was that Ukraine recognize Crimea as Russian territory and recognize the breakaway republics of Donetsk and Lugansk as independent states. Ukrainian President Volodymyr Zelenskiy told ABC last week that “we can discuss and compromise how these territories will live,” adding “we are not ready for surrender”.

Three rounds of talks between the two sides in Belarus, the last of which last Monday, have focused mainly on humanitarian issues and led to the limited opening of some corridors for civilians to escape the fighting.

Russian President Vladimir Putin said on Friday there had been “positive changes” in the talks, but he did not elaborate. The Kremlin said on Saturday that discussions between Russian and Ukrainian officials continued “in video format”. Ukraine’s foreign ministers made no apparent progress towards a ceasefire last Thursday, but analysts said the fact that they were also meeting left a window open to end the war.